Taking Back Our Spirituality: Why Are Younger Generations of Black People Turning Away from Organized Religion? 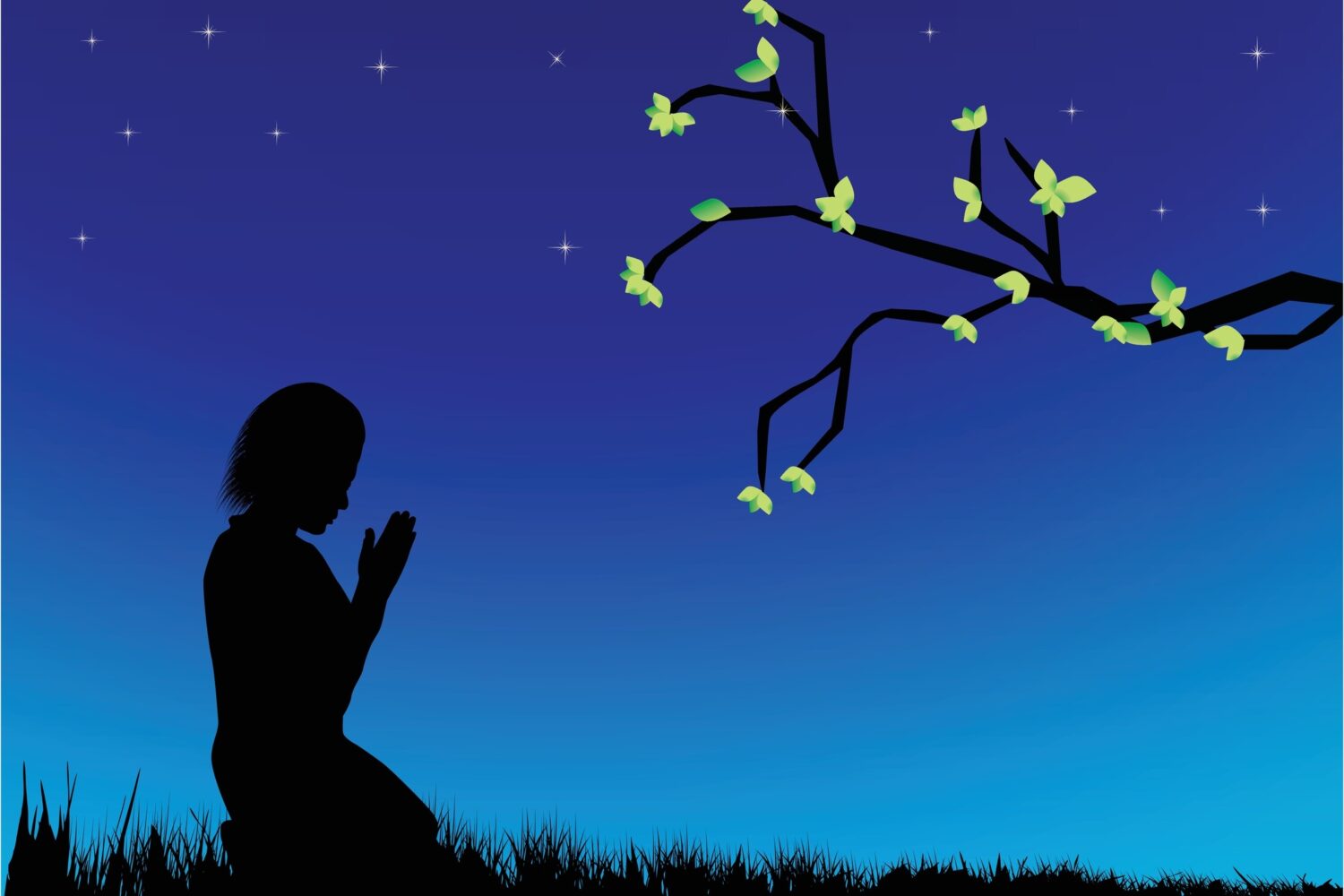 I will always remember my grandmother’s cold hands shaking me awake at the crack of dawn every Easter Sunday for the sunrise service. This happened until I grew old enough to complain about the time, but waking up at 5 AM for church wasn’t even the worst part. I still have nightmares about the brightly colored dress and shiny black shoes that strap down across the top of your foot. The long white socks that flare out in lacey ruffles around the ankles was just the icing on the cake.

My friends and I swap stories like this all of the time – about the long Sunday services that we spent our childhoods attending, our favorite gospel songs, and baptismal stories. The only difference now is that none of us have attended church in the years since those jarring Easter Sundays of our childhoods. We still talk about God, occasionally joke about what we’ll ask him when we reach heaven’s gates, and attribute all of our life successes to his greatness, but going to church is where we draw the line. So, what is it about attending church that sends us running in the other direction when we begin to think about our devotional and spiritual practices?

I’d love to say that my generation has simply evolved past the need to worship the creator in a group, but I believe there is more to the story than that. Religion tells us what to value and how to value it. Not only does it dictate our values, but it defines the ways of which we should behave and the things we believe in. I imagine this is what makes a fast-changing world harder to live in because, while the rules of religion do not change to adapt to the current world, we do and I think this is why many black Americans are adopting more spiritual practices in replace of organized religion. According to the Pew Research Center, the number of “spiritual but not religious” black Americans has risen from 19% to 26% in a span of 5 years from 2012 to 2017. (Lipka and Gecewicz) This study provides more context into the shift I’m seeing amongst myself and my friends.

The question now is: why? I’ve found myself on the side of Tiktok that discusses these things – “black spiritual Tiktok.” This is the term used to describe users who post and interact primarily with videos that engage in discussion on spiritual topics in the black community and educate others on black spiritual practices. These “pockets” exist on almost all social media platforms including Twitter and Instagram. A common theme that I noticed is that many women who adopt these practices claim to be freeing themselves from rules imposed by the patriarchal values enforced by some organized religions like Christianity.

Christianity has one of the most complicated relationships with the black community.

This is because it can be traced back to being used as a form of coercion against enslaved Africans during times of American slavery. As a literary scholar, I’ve found examples of this in slave narratives like the very famous autobiography Narrative of the Life of Frederick Douglass, an American Slave. Spiritual practices were often recorded as being used to combat the hypocritical teachings of the plantation pastors whose messages often focused on obedience and enforcing the idea that enslaved people were destined by God to be subordinate to their enslavers. It seems like the black community has constantly used their spirituality to resist oppressive ideologies and create their own safe spaces to be black.

The black church is a prime example of a space that black people created to feel safe in this world. Religion and faith are so important to the black experience because it is seen in the accounts of past enslaved people’s beliefs and are usually asserted as what helped get them through the hardest points in their lives. Despite this fact, I also believe that the black church may play a part in the shift from religious to spiritual practices amongst younger black people. This is because the black church often ostracizes the younger generations – making it hard for us to feel welcomed and represented in the church. Young women and women in general typically have a hard time in the black church because of some of the internalized male-centric values held within this institution.

I remember first recognizing the acceptance of these ideologies when I went to church for the first time in years as a teenager in high school. It came to my attention that my church had never had a woman pastor. My family had been going to the same church since before I was born and haven’t stopped until this day. During this time, I witnessed the passing and election of my church’s only two pastors. Neither have been women and no women were considered for the position. When I asked why this was the case I was met with answers like: “women aren’t meant to lead the congregation” and “it’s because of the fall.”

This is why I believe that it takes a lot of confidence and drive to openly practice your spirituality in a world that places such a high value on religious beliefs. Harmful ideologies and biases are often allowed to exist within the black church due to many years of associating these values with the objective truth. With this, I also believe that the numbers of young black Americans who leave organized religion are going to continue to rise. With advancements in technology and the increasing drive to change the world’s perception and treatment of the black community, I think that many younger black people will follow suit and begin adopting more of these practices that make them feel safer and more in tune with their culture and selves among a society that demonizes these things.