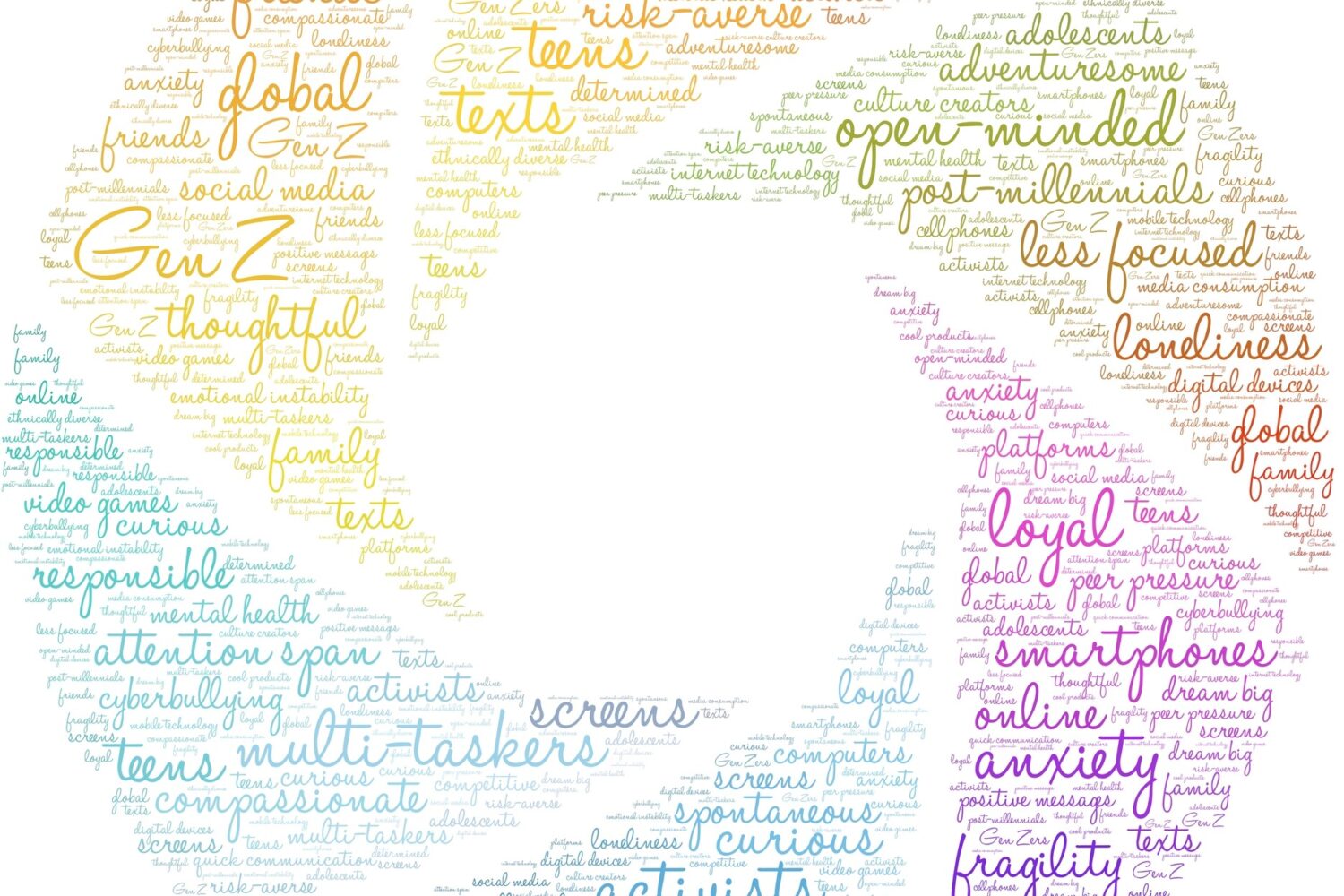 The rights and experience of every fellow American became a very important factor and debate for this generation, causing a lot of controversy and separation. This growing experience, the pressure, and supercilious attitudes create a clear gap in generational experiences in issues like politics, health, class, and other discriminations that were not legal or emerging for elders during their time.  This constantly evolves into culture clashes. But with these theories being thrown into the atmosphere, issues are being exemplified and standardized knowledge is being revised and retaught. The fight for environmental, racial, gender-based, mental, and sexuality-involved change.

Mental health can be a problem that some face, but the activism and awareness brought this problem wholeheartedly to the forefront, and my generation embraces and encourages mental health and mental evaluations on one’s person. Currently, with the downfall in the new pandemic — social, political, and economic conversations have challenged Gen Zers to display more signs of the weight we must carry in this, an unclear future. A blog by The Annie E. Casey Foundation titled, Generation Z and Mental Health, exhausts the point of how the ongoing stress factors like environment and inequality in its many forms can cause stress and discomfort in its extremities. Apparently, “…Gen Zers of col­or [are] more like­ly than their white peers to encounter issue-spe­cif­ic stress, such as fears tied to food inse­cu­ri­ty, hous­ing insta­bil­i­ty or debt…”

Gen Zers of color suffers largely in silence when it comes to mental health, and it shows tremendously. Moreover, these growing children, preteens, and young adults fight so hard to express their concerns within various communities. It is highly popularized— especially with modern media heightening possibilities of widespread awareness— to communicate mental issues whether it be to inform or to simply connect.

In the same article, it talks about the importance of mental health in every American racial community. Annie E. Casey Foundation writes that suicide in Generation Z has been rising, increasing the rate by 30% and the stress of insecurity and instability grows within the POC community. It is almost execrable to say that:

“In communities of color, mental illness and mental health care is often stigmatized…People of color are more likely to suppress, downplay or ignore their emotions altogether, according to research. Mental illness in these communities can incur a badge of shame, and — even when Black and Latino youth opt to seek help — they can struggle to find a professional who understands their unique cultural backgrounds and concerns.”

People of color are cornering their mental health, and Generation Z has become responsible for breaking these “generational curses” of burying emotions.

It is broader to talk about health concerns in general. Regardless of anyone’s status, the worldwide population can all agree that the pandemic of 2020 that has leaked into our current time was very stressful. With mask mandates, social distancing, and forced quarantine, there are many factors that make the activism of generation Z react.

This now closing pandemic was mentally deteriorating to the growing generation, and it incalculably portrays. Virtual learning made much more negative progress than proof of effectiveness. Sophia Garcia, Sreehitha Gandluri, Rick Hampson and Radiah Jamil collectively write in the article, I am Not Alone, “Gen Z activists unite amid COVID pandemic to confront racism, mental health embasking the ideas of activism during a draining pandemic and how older generations avoid seeing the change that Gen Z want to pursue.”  Part of the problem is adults in authority who don’t take you or your opinions seriously. Such adults – in the words of Galicia Monforte, a student organizer of the Albuquerque Session – view youth organizing as merely ‘cute.’” Activism was shown greatly during this pandemic; the notion to fix systemic racism, prejudice, and mental health:

“This summer they’re also trying to do something about problems that undercut physical and mental health, including the digital divide, unequal school funding and food deserts…The virtual meetings, which were covered by high school and college students who are part of the journalism training nonprofit Urban Health Media Project, offered insight into the state of American youth, for whom the past year has been an emotional crucible…”

Gender, sexuality, and race discrimination have become the important topics on every growing Gen Z-er that interacts with one another. Through constant debates, regardless of feelings in a situation, it is pertinent to know that these are recurring themes.

From an article by Kim Parker and Ruth Iglienik, On the Cusp of Adulthood and Facing an Uncertain Future: What We Know About Gen Z So Far, Pew Research Center firmly believes that with this generation comes growing progress and knowledge of diversities. Parker and Iglienik maintain that, with sources and statistics, Generation Z — along with some help from Millenials — have become a smarter and progressive generation who is completely open for change. They write, “When it comes to race relations, Gen Zers and Millennials are about equally likely to say that blacks are treated less fairly than whites in this country. Roughly two-thirds of Gen Zers and Millennials say this, compared with about half of Gen Xers and Boomers and smaller shares among the Silent Generation…” They also include some research on how Generation Z has been much more accepting of sexuality and gender change.

Honestly, in my opinion, Generation Z doesn’t care much for the politics on television or political preference.  Parker and Iglienik assert, “…Gen Z Republicans are much more likely than older generations of Republicans to desire an increased government role in solving problems. About half (52%) of Republican Gen Zers say the government should do more, compared with 38% of Millennials, 29% of Gen Xers and even smaller shares among older generations.” It rejects the idea of the growing generation being divided by political placement, and bringing us closer by attributes and the desire for change.

The generational gap changes views instinctively; the acknowledgement of societal subjects between older people and younger people strikingly determines what one generation cares more for than another, especially involving political issues. William H. Frey writes in Old Versus Young: The Cultural Generation Gap, with the idea of white — non-Hispanic white in question— seniors will one day be declining, which could change the political outlook on many varieties. He ends with, “Soon, most children in the U.S. will be racial minorities, beginning the transformation of a mostly white baby boom culture…”