THE ASSIGNMENT: PROTECTING THE CHILDHOODS OF GIRLS OF COLOR 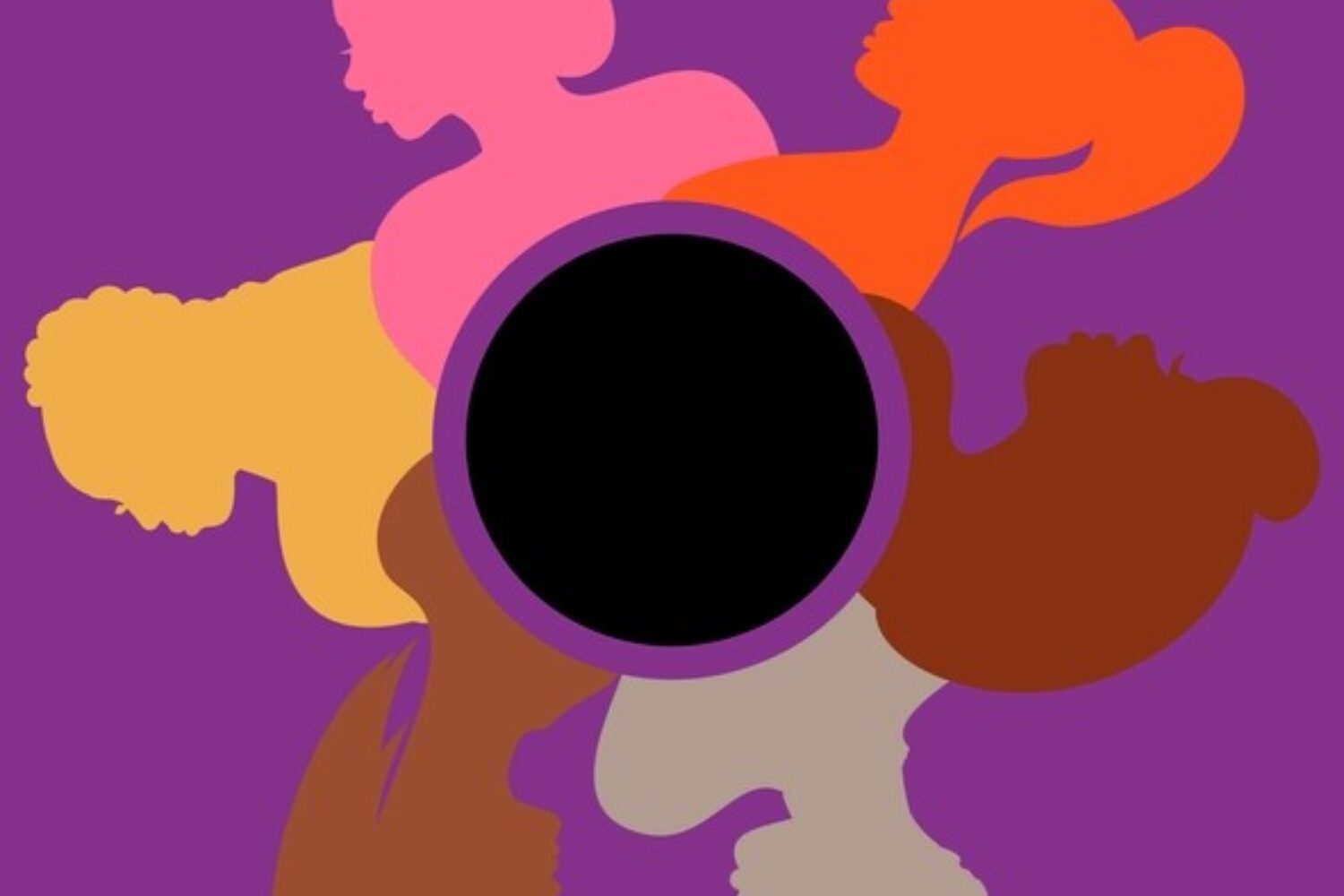 Years ago, when I was in the third grade, I was part of a group of five little girls who walked to and from school together each day.  Students weren’t typically transported to school on a school bus where I grew up.  Buses were only for children with special physical and developmental needs.

Our trip was the same every day.  I was dropped off by my mom at the Harris household at 7:45 each school morning; Mrs. Harris was a housewife who was paid by several neighborhood parents to be the “before, lunchtime, and after-school care” to their children.  Two other neighborhood girls and I would verbally rush the two Harris girls (who were in the fourth and sixth grades at our school) as they hurriedly woofed down big spoonfuls of buttery grits.  The three of us would watch in complete amazement as the older Harris girls scraped their leftovers onto the plate of their baby sister, Edie, a petite 3-year-old in a onesie who’d eat the mountainous cereal in complete delight while sitting in a booster chair.

Off we’d go to Cleveland Elementary School, located about a half-mile from us in the Central Ward of Newark.  We would walk through “The Big Field” (a large asphalt playground, really), up another hill past some other high-rise projects, through the parking lot, up another big hill to cross a street where Mrs. Gibson, a crossing guard (who performed her duties like an Alvin Ailey dancer in white gloves), would guide us safely to the doors of Cleveland.

On a day that seemed like any other, during our trip home as we all walked down the hill toward “The Big Field”, a man began following us.  I’m not sure how long he’d been behind us, he seemed to suddenly appear.  Eventually he began cat-calling the oldest among us, Kim Harris who was 11-years-old and in the 6th grade.  We immediately became nervous and bunched up closer together as we entered “The Big Field.”  The faster we walked, the faster he walked and his words became more graphic.  We could see our home buildings, but it seemed that we couldn’t get there fast enough, and Kim was on the verge of tears.

Suddenly, seemingly out of nowhere, Mrs. Harris appeared (with Edie in tow) at the other end of “The Big Field” and said, “C’mon, girls.”  She then did something I will never forget.  Mrs. Harris, a quiet, slight, and very religious woman, simply made eye contact with the creepy man and opened her raincoat.  There, on the right side (attached by I’m not sure what to this day) hung the biggest butcher knife I’d ever seen.  The man whispered, “Oh, okay” and quickly turned on his heels and walked in the opposite direction.

Later that day, as parents came to retrieve their children from the Harris home after work, Mrs. Harris repeated the story to one of the mothers.  I can recall the other mom saying that we (the little girls) “need to cover up more”, especially Kim because “she’s starting to blossom.”  I remember thinking that we had done something wrong.  Maybe, our socks didn’t cover up enough of our legs or perhaps, Kim should wear bigger blouses.  Years later, I’m still appalled that a mother of a girl was telling the mother of girls that the appropriate wardrobes of elementary school-age girls was the reason why they were targeted by a child predator.  Did the creep bear any responsibility at all?

When and where did the practice of placing the blame for the sexual harassment and victimization of young girls of color upon those girls become accepted in American psyche to the point of stereotypical oversexualization?  This can cause adultification biases; “a form of racial prejudice where children of minority groups…. are treated as being more mature than they actually are by a reasonable social standard of development.” (Adultification Bias, Wikipedia, November, 2021).  As Dr. Joy Harden Bradford, psychologist and host of the Podcast, Therapy for Black Girls, asserts, “Adultification even shows up in how we criticize black girls’ clothing in ways we wouldn’t with boys. Within the black community, calling our girls ‘fast’ or suggesting that they ‘want to be grown’ and deserve whatever consequences they face for their choices ages them and robs them of their innocence.”

Author Samedra Carter recalls in her piece, Oversexualization of Women’s Bodies Was Born in Slavery Era(Illumination, April 2020), an incident she had with an aunt as a little girl.  “The moment when my aunt summoned me to come into the house to inform me of my wrongdoings, a ball of confusion set in.  I asked her, ‘Auntie, what did I do?’ She begins to yell, ‘you know what you did, being fast with those boys.’  I didn’t know jumping from tree houses and playing hide-and-seek was considered being fast. I said nothing but that was the thought that came across my mind.  My aunt, who treated me indifferent, is the face of so many other black women and men. We need to give black girls space to be just that, little girls.”

There should be no surprise that much of the oversexualization of black women and girls dates back to the 18th century.  Researcher H. Moses asserts in Oversexualization of Black Girls, Women Must Stop (2020) that English colonist, William Smith once wrote, “African women are hot constitution’d ladies…. who are continually contriving stratagems how to gain a lover.”  Moses further points out that, “sexualization is the practice of excessively sexualizing individuals, an act that Black girls and women are heavily subject to.  This deprivation of innocence has a deep-rooted history in the United States.”

Additionally, the “Jezebel” stereotype that is used against black women is said to have originated during slavery as a way to rationalize the continual occurrences of the raping of slave women by their owners who viewed slaves as their property.  In reality, as abolitionist Frederick Douglass noted on a number of occasions, the slave woman was at the mercy of her owner who did not even view the forceful and violent sexual abuse of slave women as rape.  In contrast, the slave-era white woman was viewed as civilized and pure while the black slave woman was characterized as lewd with an insatiable sexual appetite.  In fact, white men paying a legal price for sexually attacking a woman of color was a rarity even after slavery and reconstruction.  One noted exception in America’s legal history is the hard-fought Recy Taylor case in Henry County, Alabama in 1944.  (https://www.womenshistory.org/education-resources/biographies/recy-taylor)

The oversexualization is equally an issue within Latinx communities.  As Erika L. Sanchez emphasized in her article, 6 Harmful Media Myths About Sex and Latinas (Salon, February 2014), “Impressionable people, those lacking critical-thinking skills and those who don’t have any Latino friends are susceptible to these misconceptions.  These expectations are not only irritating, they are dehumanizing and exhausting.  I mean, how can all women from 21 countries, including the United States, all have the same sexual identities?”

Women of color have had to contend with the media’s portrayal of their lives throughout history which some argue crosses the lines into fetishization and exoticism based on stereotyping.

Maria Jimenez Moya defines exoticism as, “the quality of being attractive or striking through being colourful or unusual; ethnic minorities can be considered exotic because they are different, reinforcing the idea that being white or having white features is the norm in the United States. Even if an ethnic minority is white-passing, when their nationality is revealed it may heighten their sexual appeal to people that value exoticism.” (The Daily Free Press, October 2019)

Perhaps, the oversexualization of young girls from communities of color became a somewhat less recognized version of the original sexual stereotyping of women of color as is the phenomena of colorism (the prejudice or discrimination against individuals with a dark skin tone, typically among people of the same ethnic or racial group, Oxford Dictionary) vs. blatant racial discrimination.  Moreover, perhaps the oversexualization of young girls of color is an ill-conceived effort to over-compensate for the stigma that stereotyping of women of color has caused, leading to the judgement of those who are the least deserving.

Consider the role that churches of color have played in this act of discrimination against females of color. Many women of color have had the experience of being chastised by female church elders on Sundays for everything including the length of a skirt, not covering their knees with cloth while seated, or the number of buttons loose on their blouse, etc.  The responsibility of whether or not the men in church services choose to become distracted by the mere appearance of women present (instead of actively participating in worship), seems to fall solely on the women.  All this while men (and even religious leaders) in the congregation are not held to any such wardrobe constraints or sometimes even expectancy of upright behavior.  Historically, extreme events in churches can be overlooked, such as the fact that famed pastor, C.L. Franklin (father of Aretha Franklin) fathered a child with a 12-year-old church member while pastoring in Tennessee; staying on as pastor in good standing for an additional four years before leaving on his own accord. (Salvatore, 2005)

More recently, Grammy Award-winning R&B singer, R. Kelly was convicted of the sexual trafficking of young girls and racketeering earlier this year; all of his victims were girls of color.    Though Kelly had dozens of accusations of statutory rape, sexual and domestic abuse, and even kidnapping leveled against him over the years, the singer continued to enjoy huge musical success and a solid following from persons of color.  Even after the state of Georgia confirmed through documentation that he’d illegally married his musical protégé, a 15-year-old Aaliyah Haughton in 1994, Kelly continued to perform at sold-out concerts for several years.  Finally, after years of investigations and even a well-watched documentary series detailing the accounts of his accused victims, R. Kelly was placed on trial (for a second time) and convicted.  In the weeks immediately following Kelly’s convictions, the sales of his music jumped 500%. (R. Kelly’s Sales Soared 500% After Guilty Verdicts, Rolling Stone; October, 2021).  Pause on that – a convicted child predator (who has caused great physical and psychological harm to his victims of color) is still being financially supported by his largely person of color fan base!  Am I missing something here?

Sadly, I’ve heard so many people of color try to explain away their reasons for continuing to support a convicted child predator.  I’ve heard, “The Man is just trying to keep him down.”  I’ve also heard, “Nobody should judge him but God” and “Those girls just want his money.”  Tragically, the excuse for continuing to support Kelly that I heard and read most often is, “Those girls knew what they were getting into and now they want to cry about it.”  Let me get this straight – teenage girls as young as 13 were expected to know as much as this fully grown and financially independent man about what it would mean to trust a purported predator with their lives and futures.  How is that even possible?  In what world is a teenage girl as savvy as an adult predator?  Is this not the definition of victim-blaming?

Simply, every child deserves the carefree experience of being free from judgement and accusations while enjoying that short time of glorifying in childhood naivete before that window closes forever.  It is there that we all gain hope, imagination, and dreams for our futures.  Let’s make a concerted effort to “understand the assignment”:  Support, encourage, believe, and protect young girls of color so that they have the opportunities to grow into strong women of color.