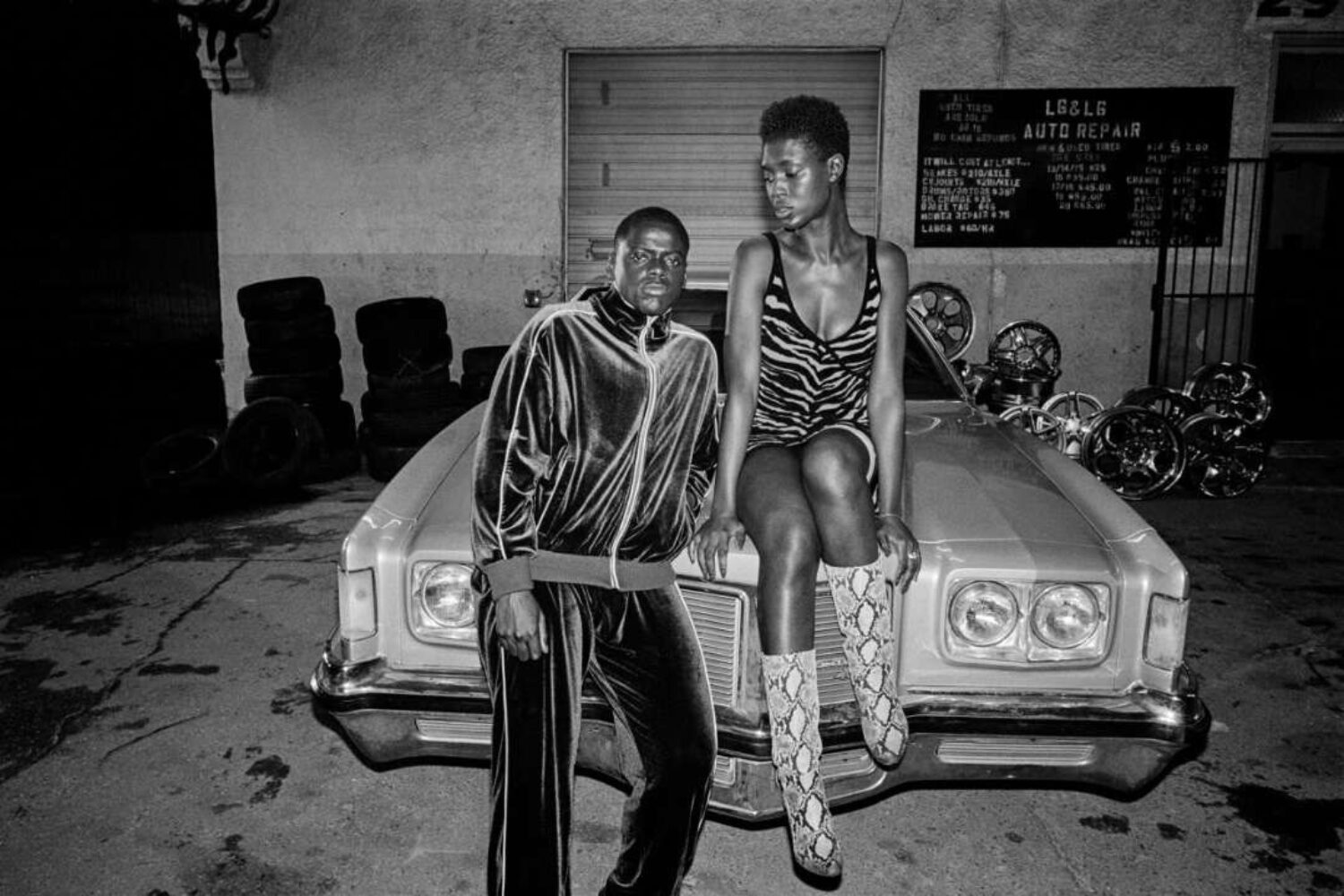 Dubbed as the “black” Bonnie and Clyde, Emmy-award winning writer Lena Waithe’s debut film, Queen & Slim premiered in theatres nationwide on November 27th, 2019. After an unremarkable date night, both Queen and Slim drive home until they are stopped by the police for failing to signal a turn. Tensions escalate after Slim is asked to exit the vehicle. The officer eventually draws his weapon on Slim, while Queen reaches for her cellphone to record the interaction. The officer turns the gun on Queen, shooting and missing. Slim knocks the officer over thus disarming him. Slim quickly grabs the weapon and shoots, starting their life on the run.

Life on the run might be one of the only similarities Queen & Slim share with Bonnie and Clyde as director Melina Matsoukas and Lena Waithe see it more as a love story. Matsoukas, renowned for her work on Beyonce’s visual album, Lemonade, describes it as a “way of honoring black people who have lost their lives to police brutality.” The film does not only show love to the people it honors but also between its two title characters. Matsoukas goes on to say, “at its heart, this is a project about black love.” In an interview with Complex, Waithe says she’s honored to have the film be compared to the greats like Bonnie & Clyde, Thelma & Louise, but she sees it more like 1996’s Set It Off. She further explains, “In terms of black people being at a very difficult place with their back being against the wall and nothing that they [can] do [but] to keep going.”

I saw the first 40 seconds of the trailer and was unimpressed. I thought it was just another movie about police brutality. But once I saw the cop dead on the ground, I was intrigued. It was a twist on the story we know all too well today. A black couple is stopped by police, shortly after one of them is shot and killed. To see the reverse happen, it’s sick to say, but I was excited. I was rooting for Queen and Slim. I wanted them to get away scot-free. I had no remorse for the dead police officer. And I’m not the only one.

The definition of black protectionism according to author and Law Professor Katheryn Russel-Brown, “is the black community’s response to high-profile African-Americans who find themselves in trouble with the law, or who find themselves challenged, or who find themselves being charged with ethical violations.” It’s a defensive stance we take when we feel like one of our own is threatened. This does not mean that we believe those who have been accused are not guilty, but rather support them in spite of the accusations. This can be seen time and again with celebrities like Bill Cosby and R. Kelly. That’s not to say all black people support the aforementioned, but a substantial amount does. Killing is wrong. Sexual assault is wrong. But what is it about our shared race that makes us overlook these egregious acts in the name of black solidarity?

The black experience is anchored in struggle. Historically, African-Americans have had to fight against slavery, for equality under the law, and the right to vote. During our fight for Civil Rights, countless people were murdered, raped, or abused. Although modern-day African Americans may not have dealt with any of those situations directly, we still share the pain of our predecessors. It was clear that the well-being of African-Americans was not the priority of the founding fathers, so we had to prioritize our safety throughout our community. We understood that to fight against discrimination, we had to be united. This can be seen when we rallied behind Martin Luther King Jr., held our fists up at the 1968 Olympics, and in the “trial of the twentieth century.”

The 1995 trial of famed running back Orenthal James Simpson divided the nation. Some believed the murder of his white ex-wife, Nicole Brown Simpson, and her friend Ron Goldman was a culmination of ongoing physical abuse. Others believed the “system” was trying to pin down another successful black man. An important aspect of O.J. is that he did not prioritize his blackness before his trial. He can be quoted saying, “My biggest accomplishment is that people look at me like a man first, not a black man.” Even though he refused to accept his race, Simpson still had support from the black community. The lead prosecutor in the case, Marcia Clark said she was offended in the way Simpson utilized his famous lawyer and civil activist Johnnie Cochran and the “race card.” Clark made the point, “he was using a very serious, for-real issue – racial justice – in defense of a man who wanted nothing to do with the black community.” Although there may be some validity to Clark’s statement, we have to understand that people make judgments based on what they see. Simpson could believe whatever he wanted about himself, but the television screens showed a black man on trial. Simpson realized it and took advantage of his situation.

When the not-guilty verdict was announced it seemed as if black people unanimously celebrated. People reported having feelings of guilt after being given time to think about the whole trial, but their initial instinct was to rejoice. Eugene Kane, a writer for ESPN’s “Undefeated” said, “When the not guilty words came, I was shocked to recognize the deep and abiding sense of satisfaction I felt that this African-American suspect had beat the system.” After his initial feelings of elation, Kane remembered two innocent lives were taken and although this legal victory seemed revolutionary, it wouldn’t cause long-term change. Kane remarked, “I knew no past injustices were being made right and the racists in the L.A. police department would remain just as racist even as Simpson went free.” What drew praise from black people was not a usurpation of a prejudiced justice system, but that a black man had got away with murder.

There is no justification for murder or sexual assault. I guess that is where black people stand perplexed. Many people, rightfully, become enraged over the murders of Nicole Brown Simpson and Ron Goldman, but fail to express the same level of outrage in the deaths of Sandra Bland, Michael Brown, and Eric Garner. If murder is wrong no matter the color of the victim, then the same amount of sympathy expressed to a white victim should be extended to a black victim.

At the root, we use black protectionism, because we are all that we have. We, as African- Americans share this deep-seated bitterness and hurt, that only we can understand. It seems as if we’re always being pushed down or oppressed whether we’re guilty of an action or not. We’re often killed before we have a chance to defend ourselves. To see an African-American couple defend themselves from a corrupt officer was reinvigorating. Queen and Slim did what Sandra Bland, Michael Brown, and Eric Garner couldn’t. They defended themselves to the point of saving their own lives.

What I see in these figures is retribution. I see people who beat “the system” even though it was made against them. Although I know it to be false, I would like to believe that the vindication of a few stands as vindication for all.