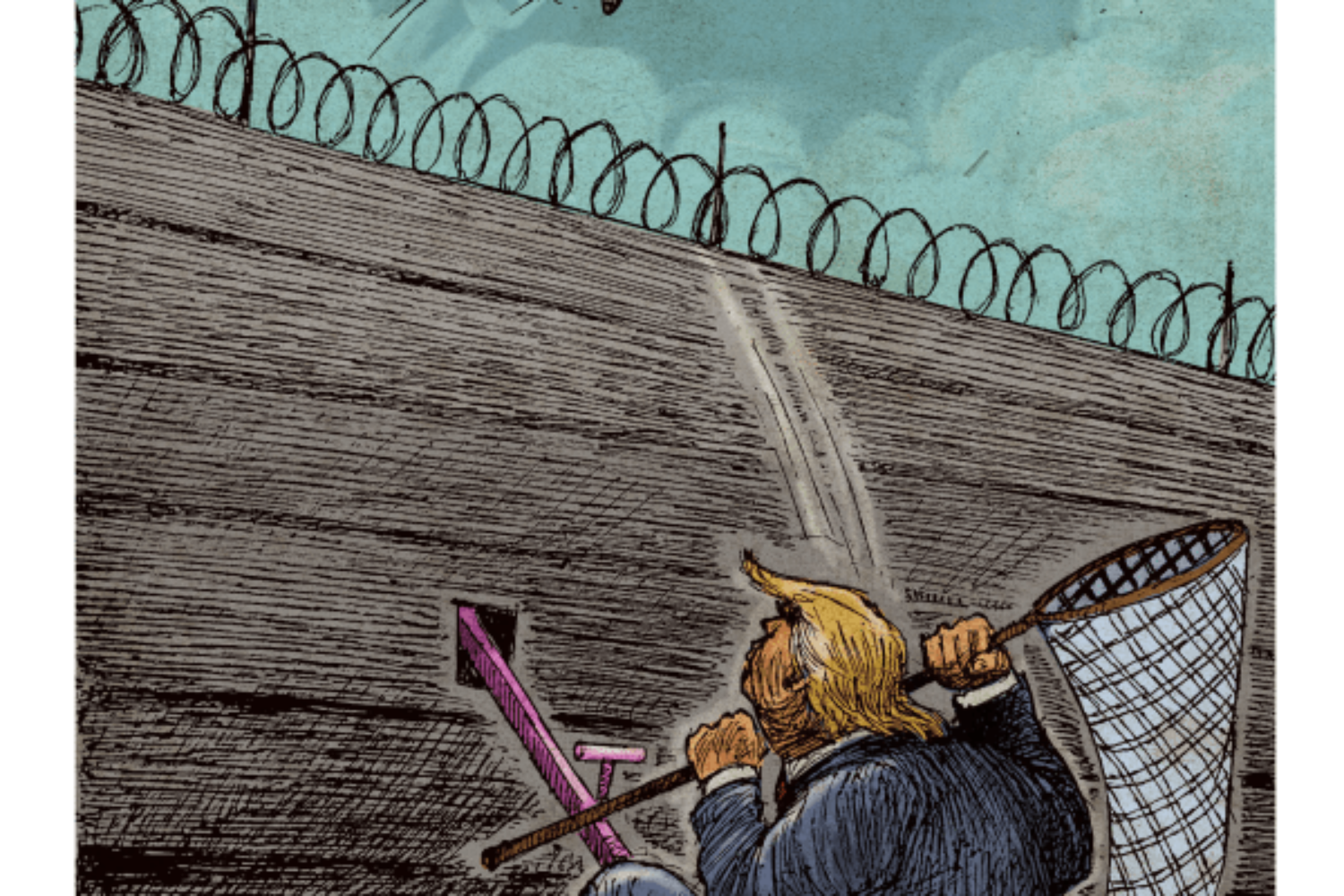 In June of 2018 President Donald Trump debuted his administration’s zero tolerance policy in regard to illegal border crossing. A zero tolerance policy exists to impose strict punishment for infractions of a stated rule with the intention of eliminating undesirable conduct. The undesirable conduct in this case is the influx of immigrants illegally entering the southwest border into the United States.

Trump, as a GOP frontrunner, expressed on numerous occasions  that cracking down on immigration was at the top of his list, but this zero tolerance policy has done more than just try to cease the influx of immigrants. It has unlawfully separated families once they have entered into the United States.

Although talk about politics is inevitable, the discussion about morals and ethics becomes rather vital. Because this matter manifests moral and ethical inhumanity there are no policies nor rules or regulations that can justify the splitting up of children and guardians.

According to Human Rights Watch, only about half of more than 2,500 families forcibly separated as a “consequence” of the Trump’s administration’s “zero tolerance” policy are expected to be reunited by the deadline, leaving hundreds of families subjected to unexplained delays.

Detained parents and separated children could only speak to one another if they could afford the high cost of detention phone calls. Detention phone calls cost up to five US dollars which to Americans does not seem to be much, but for people from many Latin countries whose currencies function in pesos, five US dollars can total to about 97.73 Mexian pesos for about 10 minutes with their child.

Human Rights Watch believes that the trauma young children face in detention centers (as well as being taken from their families) can leave negative effects on the child’s emotional upbringing. Senior researcher of the US program at Human Rights Watch Clara Long said, “Detaining families just replaces one harm with another.” Immigrant families flee their countries of turmoil for a better life in the United States, land of the free, home of the brave, a country built off the backs of immigrants.

Families and separated children are held in detention centers which according to CNN have windowless rooms in metal enclosures comparable to kennels. The US department of Health and Human services stated that personal challenges posed by psychological harms inflicted during the course of incarceration of adults have grown in the last several decades in the United States. Now imagine the same traumatic effects inflicted on adolescents for weeks, even months at a time.

Two developmental psychologists by the name of Kathryn A. Kerns and Laura E. Brumariu conducted a study on the concept of attachment theory called “Is Insecure Parent-Child Attachment a Risk Factor for the Development of Anxiety in Childhood or Adolescence?” The article explains and exemplifies  how insecure parent-child attachment can act as a risk factor for the development of anxiety as a child or an adolescent. The two authors introduce the idea that children with an unstable attachment to their parent and/or guardian can develop internalized problems.

Brumariu and Kerns concluded clinical disorders such as major depressive disorder, posttraumatic stress disorder, generalized anxiety disorder and personality disorder can occur primarily when insecure attachment merges with other risk factors,  such as being separated from family after fleeing an endangered country.

Families escape their countries to find a better life in the United States illegally, perhaps because the naturalization process takes up to 10 years; most families do not have that kind of time, especially when involving children.

These children come into the United States, surrounded by strangers they do not understand because they do not speak the language, with no clue where their parents are. Insecure attachment is multiplied by three; this level of trauma at a young age can cause detrimental development effects on a child’s upbringing.

The ongoing hyperbole the president instilled into the minds of the American people that immigrants from Latin countries invade the southern border and he will soon “build that wall” is outrageous. An influx of immigrants migrate from all across the world to settle roots here in the United States, not just those from Latin countries.

According to Pew Research, the top country of origin of new immigrants was India with 126,000 people. By race and ethnicity more Asian immigrants than Hispanic immigrants have arrived each year since 2010, projecting Asians to become the largest immigrant group in the United States by 2055.

There is  no law that  states children must be taken from their parents if they cross the border unlawfully.  CNN Politics recalled, House Republicans abandoned a GOP immigration bill, which failed miserably with 121 votes to 301 votes. The bill was called Goodlatte II, declaring $25 billion for border security and the construction of Trump’s wall.

President Trump’s former attorney General Jeff Sessions stated his opinion on the separation of families: “If you do not want your child separated, then do not bring them across the border illegally.”

Trump’s former Chief of Staff John F. Kelly also expressed his feelings: “The children will be taken care of —put into foster care or whatever.”

The Washington Post stated that President Trump’s cap on the number of refugees permitted in the U.S. at 45,000, the lowest it has been since 1980, and the actual number this year is   half of that. Trump ended temporary protected status for immigrants from Honduras, El Salvador, Haiti, Nepal, Sudan and Nicaragua.

The Migration Policy Institute said, “No administration in modern U.S history has placed such a high priority on immigration policy.” The U.S Citizenship and Immigration Services changed its  mission statement; it will no longer refer to the United States as a nation of immigrants.

One particular narrative President Trump propagandized into the minds of the American people is that immigrants from Latin countries are a danger to the United States using Latin-American gangs as the premise. According to the U.S Government Accountability Office, many immigrants detained in the U.S for immigration violations as supposed to committing a violent crime.

Everyone wants to talk about rules and regulations, policies and politics but there is absolutely no talk about the lack of civil and human rights taking place in the United States. If the president wants zero tolerance, try deporting the families together back to their native countries instead of splitting them up creating unnecessary angst between both the parent and the child.