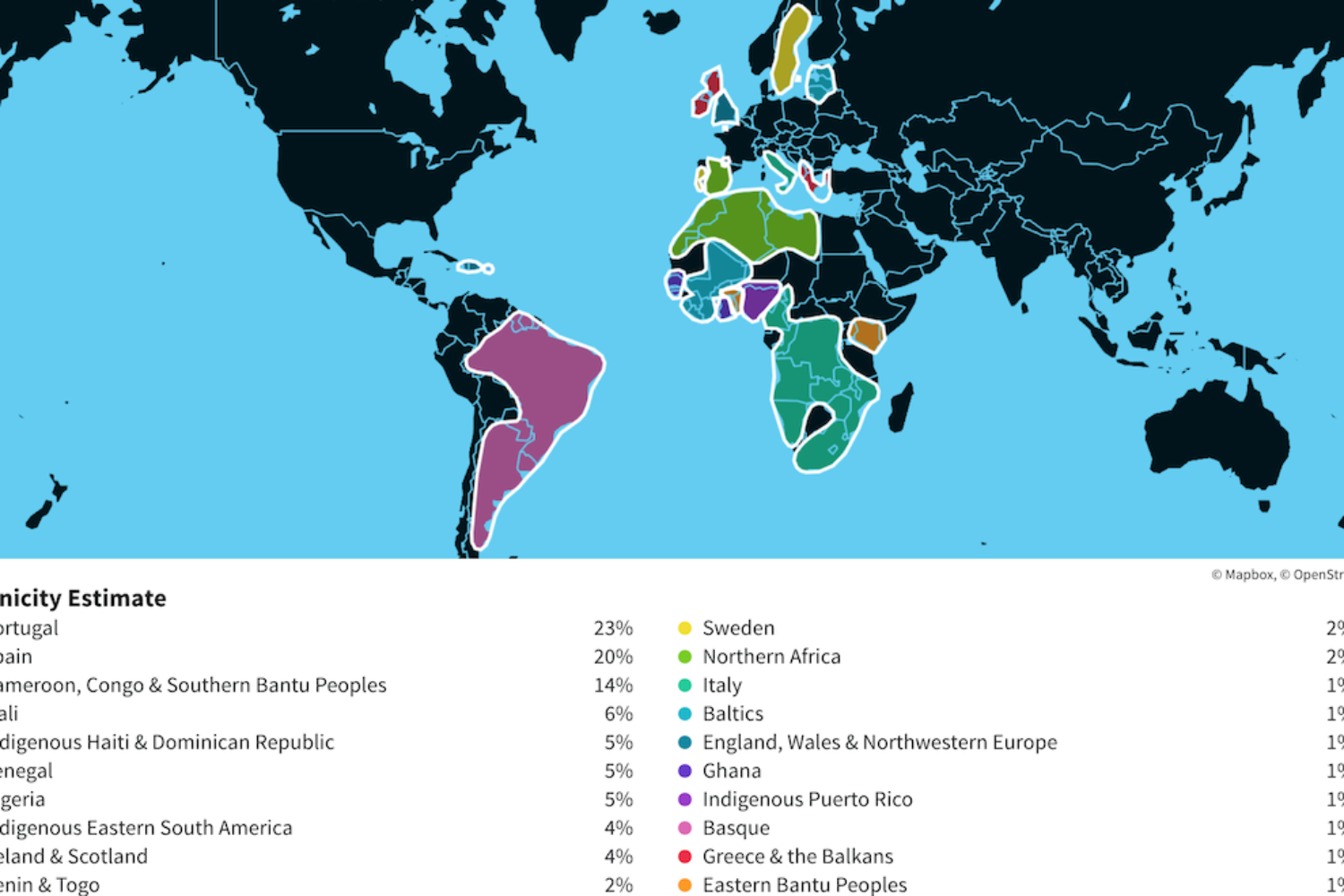 Over the summer I received the opportunity to take a deeper look into my family’s Dominican heritage by taking an Ancestry DNA test.

After taking a closer look into the geography of my heritage, it is apparent that the Dominican Republic must coexist with a diaspora.

As a result of colonization in Latin American countries, European, Native American and African cultural influences have constructed what we know today as Latin America.

The primary language spoken in the Dominican Republic is Spanish, which is a language from Europe (Spain) which I am very proud to speak. Likewise, I often find myself in great appreciation of Palo music (an Afro-Dominican sacred music that can be found throughout the island and that uses the drum and human voice as the principal instruments), which evolved from a blend of different musical styles from Africa.

It is obvious that Palo music honors aspects that highlight the historical persecution of an Afro-­Dominican identity. Many Latinx people, especially those from the Dominican Republic, intentionally or unintentionally avoid highlighting Afro-Latinx identity.

In Latin America, there is an implicit bias which gravitates toward the embodiment of European influences yet belittles the embracement of blackness.

Regardless of the influential presence of Africans on the island a substantial amount of Dominicans deny their African roots. The denial of these roots has raised questions throughout the Afro-Latinx community, which can be answered with simple history.

In the research monograph ‘Introduction to Dominican Blackness’ from the Dominican Studies Institute of The City College of New York, Dr. Silvio Torres Saillant, a professor of English at Syracuse University,  writes:

“[T]he Trujillo dictatorship [was] the period when the Dominican State became most emphatically committed to promoting Eurocentric and white supremacist views of Dominicanness”(Torres Saillant, 26).

After being trained by the U.S armed forces, Rafael Trujillo’s dictatorship lasted from February 1930 to February 1961. Throughout Trujillo’s reign the Dominican State’s commitment to promoting Eurocentric views was only one of many cases throughout Dominican history in which the importance of embodying Eurocentric influences was valued over embracing the influences of those who built the nation. In 1937, Trujillo’s regime ordered the mass killing of thousands of Haitians in the Dominican Republic, a historic event which we now call The Haitian Massacre.

According to an article from the University of California, Berkeley, it is apparent that “Trujillo sought to whiten the nation. Like other Latin American governments, Trujillo may have been engaging in blanqueamiento, a policy of whitening to modernize and ‘improve’ the nation.”

On October 2, 1937, in the border town of Dajabon, Trujillo informed Dominicans that “we have already begun to remedy the situation. Three hundred Haitians are now dead in [the town of] Bánica.  This remedy will continue.” Considering the history of the nation and the views of Rafael L. Trujillo, many conclude that this was a remedy to blackness.

A remedy to blackness is still being enforced in a subtle and unknowing way as “white-washing” in the Dominican culture is still present to this day. Growing up with Dominicans, I have observed an ignorance towards the deep meaning behind phrases like “no me traiga un prieto.” Prieto is a Spanish slang that a lot of Latinos use to describe dark skinned people. This phrase means “don’t bring me a dark skinned.” When I heard it I didn’t do anything other than laugh about the phrase, but I felt that there was a deeper meaning. Phrases like this are commonly used by parents to let their kids know that they should marry someone who is light skinned; desiring wavy hair and blue eyes into the future generations of their family.

Now, I’m not saying that using such a phrase makes your aunt or uncle racist. It dates back to the Eurocentric views that have been promoted, which led to internalized colorism within the Latino community. Frankly, the idea that Latinos are supposed to have a specific look is, in my opinion,  ignorant. Considering the history of Latin America and how it came to be, it shouldn’t be a question if it is appropriate for Latinos to take pride in different dialects, different cuisines, and different skin colors.

Although I was born in the United States, I culturally identify as Dominican. I take pride in my European roots and my African roots. I am Latino and proud to speak Spanish. To be more specific, I am Afro-Latino, and I deserve the right to embrace every part of my heritage, especially my blackness.

***I would like to thank Dr. Brooke Hunter and Dr. Cynthia Martinez for their contribution to developing my perspective.