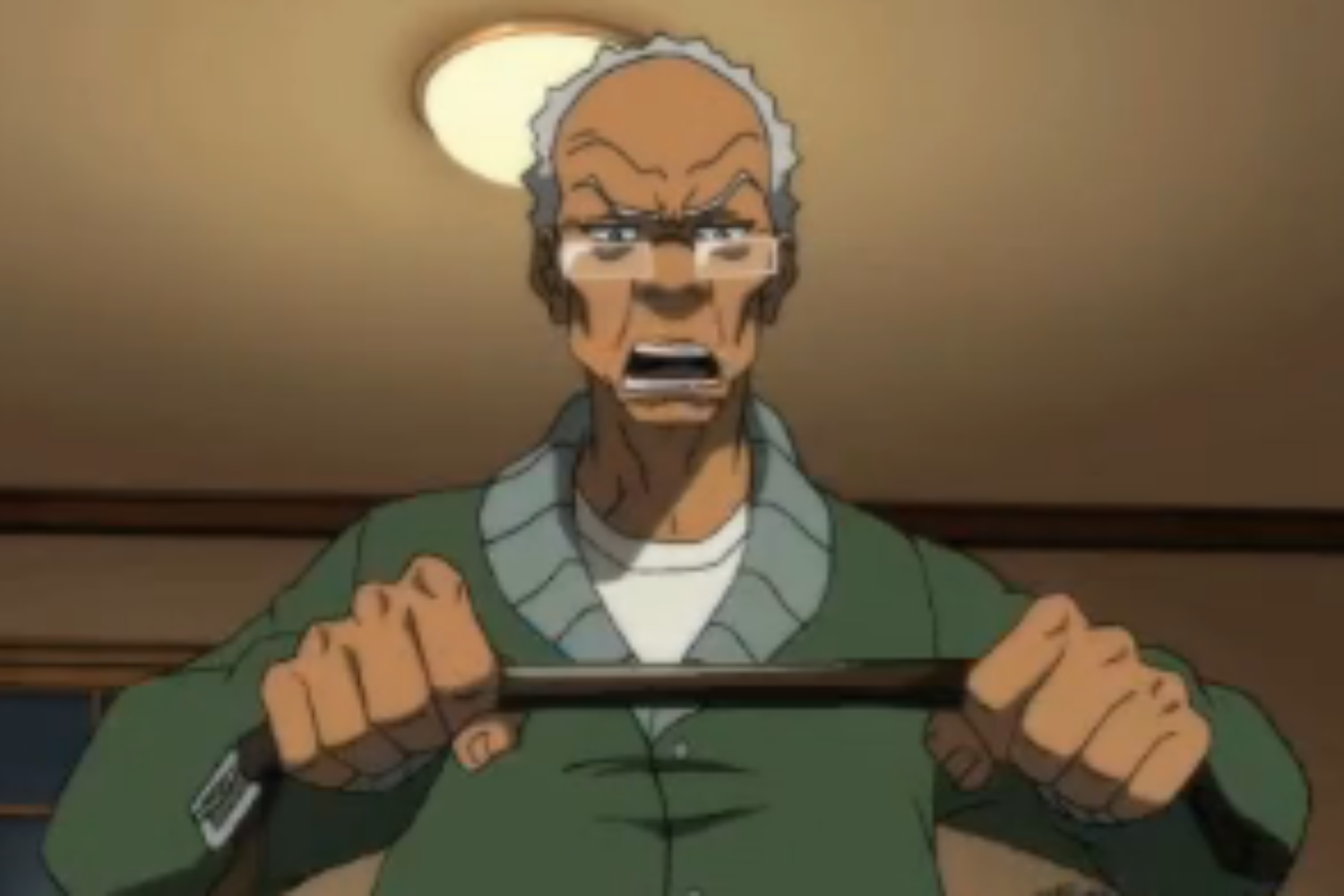 Whoopings exist as a tactic practiced within black culture for parents to instill dominance and authority over his/her children, a conversation that seems taboo within black society. Black parents seem oblivious to the detrimental effects that unwarranted and inconclusive corporal punishments can be for an adolescent and the effects that follow well into adulthood. The term,  “corporal punishment” does not exist in black households, the term “whooping” became the more recognizable expression. According to Urban Dictionary, the term whooping describes “parents [who] discipline insolent children, performed by hitting the child’s buttocks or other areas of the body forcefully several times. (This act is) usually performed with a hand or other object such as a belt or [switch].”

This topic stands extremely prevalent, but not talked about amongst black culture; young black adults can relate and often find the humor in their similar upbringings but never take the time to dismantle the underlying pain and corruption that physical and emotional punishments bring upon adolescents well into adulthood. Although, beatings do not discriminate as just a “black thing,” it definitely became embedded into the culture as something meant to mold black children into better people. There stands an obvious connection from corporal punishments inherited from slavery to modern corporal punishments that enable the generational neglect of mental care within black households, black society and black culture.

Slavery lasted over two centuries and during this time the Africans who were kidnapped from their homeland and taken to the United States gave birth to a new generation of black Americans. Slave mothers were worried for their children being subjected to the cruelties and hardships of slavery and would do whatever it took to keep them out of harm’s way. A child growing up in slavery did not appear simply as a child but as an asset and/or a liability. To prevent their child from being punished by the slave master the mother inflicts her own punishment to assert authority out of love, not out of superiority.  If the slave mothers did not decide to rid her child of the hauntings of slavery they would have to raise a child under the cruelty of it.

But on the contrary, whoopings do not exist as just a “black” thing because it never initiated in black ancestry to begin with. That makes this a special case because of the obscurity of the origin of corporal punishments and how these methods became imposed and adopted by black people, not something that was created and only used by black people. In the New York Times article “Stop Beating Black Children” written by Stacey Patton she stated,“Before white America enslaved millions of Africans, whuppings were not a parenting tool embraced by [black] ancestors. In fact, there is no evidence that ritualistic physical punishment of children existed in pre-colonial West African cultures, where children were viewed as sacred and purer than adults, and sometimes even as reincarnated ancestors or gods.”

Numerous studies have pointed to negative consequences for all children who experienced spankings, regardless of parents’ race, ethnicity, income-level or education level. It appears that kids physically punished face higher risk of anxiety and depression, and also higher rates of aggression toward others and a more distant relationship with their parent. These kind of effects become passed down through generations, so these neglected kids grow up to have their own children and raise them the way their parents did before therefore, the cycle continues.

Azirah, 19 and Craig, 20 spoke about their differing but similar experience with whoopings and how effective physical discipline has been on their new age adulthood.

“I use to get beat for not tying my shoes,” said Craig.

Azirah responded with a sympathetic “Damn.”

I asked the duo what was their opinion on distributing whoopings to their own children and they both mentioned balance.

“I would go a different route than my parents did but I’m pretty sure my parents said the same thing. It is important to talk to your kids and have a relationship, that should be the biggest factor, then you wouldn’t really need to beat your kids,” said Azirah.

“As of today, for sure I don’t want to beat my kids and I won’t beat my kids,” said Craig.

Both Azirah and Craig both used the word “depends” when spoken about beating their own children. A child does not always deserve a whooping, but if the severity of their actions calls for drastic measures, they do not mind going against their initial beliefs.

“I do think the countless and repeated whoopings had an affect on my relationship with my parents, but my parents aren’t good communicators. That, coupled with the whoopings, played a part,” said Craig.

“But how efficient is it really, though? I got in trouble for stuff and I still did it after.  That’s all a part of growing up, experiencing and learning who you are. You have to make mistakes, it’s all about trial and error. You physically disciplining me is literally just physical,” replied Azirah.

“I am the type of person that you can tell me something a million times, but I am not going to listen to you until I experience it. I think that’s how I’m going to be with my kids, allow them to make their own mistakes instead of beating them and show you why you shouldn’t do this,” said Craig. We all agreed in unison.

“I remember one time while whooping me, my dad said, ‘This is an illusion. I’m not doing this you are,’” said Craig.

We exploded with laughter.

“I kid you not. I’m nine years-old thinking ‘what?’ There is a lot of resentment toward my parents and I do believe that getting beat did play a role in that,” said Craig.

Craig is the only child with both parents in the household and wanted to dismantle the misconception that two-parent homes automatically makes the child privileged, when sometimes it can do more harm than good.

Leah, 23 and Lauryn, 17 expressed their beliefs on whoopings and how, as biological sisters, it has affected them differently.

“I feel like discipline is definitely needed, but I am way more afraid of my parents being disappointed in me than them putting their hands on me,” said Lauryn.

“A lot of parents beat their kids for having a bad day, having an attitude.  Your child should be able to have a bad day and come home and express themselves. There are boundaries between [parent] and child but there comes a point you have to realize that their humans who are going to make mistakes and there are other ways of enforcing action versus putting your hands on them,” said Leah.

Leah continued, “The fact that I can recall a specific ass-whooping is what bothers me as someone who is getting older. Does that have any significance with my resistance on certain things? Am I constantly blaming myself because of this? Was it really that traumatic that it is effecting me like this?”

Now that there are more than two adults living in my own household, Leah and her parents found it difficult to communicate their personal grievances and concerns.

“I’m torn between two generations, my parents who grew up in the late 80s, early 90s were raising a child in the mid 90s, who grew up in the early 2000s. Everything was a switch.  There are cell phones, there are social media that my generation created. We are being exposed to things they had no knowledge about,” said Leah. “They are still trying to embed past experiences which aren’t succeeding in the future at all. We’re no longer relying on our parents’ advice because it isn’t helpful at all anymore. We created a whole new way of living, created a whole new hustle.”

Growing up, whoopings was as normal as Sunday dinners and plastic bags underneath the kitchen sink. I cannot recall the physical and emotional pain of my whoopings as a child, therefore I have detached myself from those feelings. But, it has indirectly left an effect on me. Knowing that originally, whoopings was not necessarily a part black culture, yet has generationally become a crutch to justify a parent’s “love and protection” has left me uneasy. As beings of this new generation, we must normalize communication and dialogue in black households and normalize vulnerability. The time is now to improve the culture.