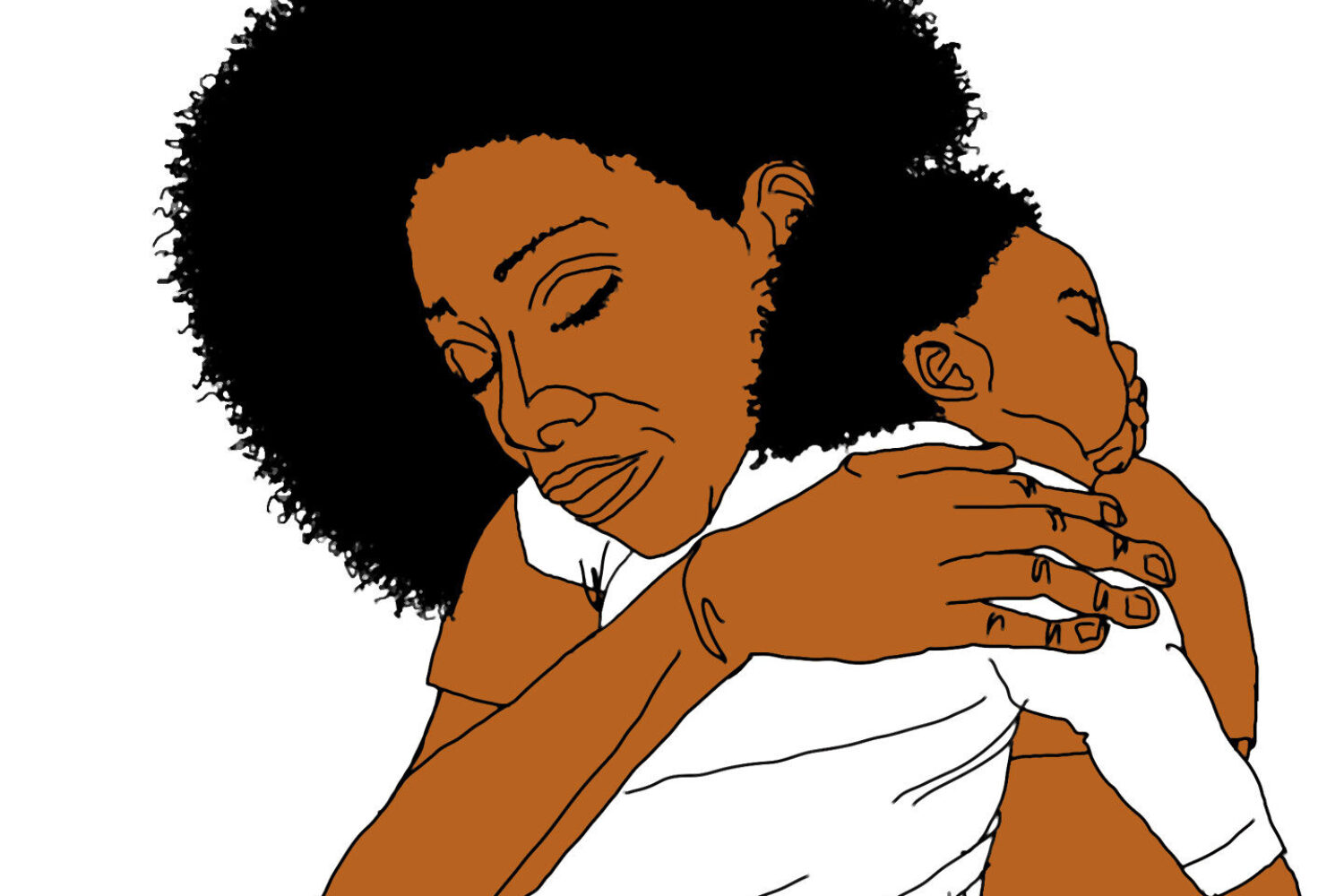 Preparing to give birth should be an overjoyous, emotional feeling because of the knowledge that  you are about to bring an actual human being that is half of you and the person you love into this world. Everyone talks about the level of pain you may endure during labor, but no one warns about the danger of being black while giving birth. Obstetricians often advise their patients to speak up if there are any concerns, saying if you need anything they will be there throughout this whole process but, it does not necessarily go this way if you are a black woman in the United States. Still, due to the sense of trust that women of color have with physicians,  they do not always question them.

According to Centers for Disease Control and Prevention(CDC), “black mothers in the U.S. die at three to four times the rate of white mothers, one of the widest of all racial disparities in women’s health.” Not only is the amount of black mothers dying during childbirth terrifying, it is widely concerning as a young black woman myself, who hopes to one day have children. We need to address this issue immediately, not only for myself but for my future daughters, and sisters. We should not have to worry about simply delivering a baby in a hospital; which apparently can be the deciding factor if you live or die because of the color of your skin.

I interviewed my father, Richard Mixson about his scary experience with my mother during her hospital labored  birth of my brother. As they were patiently awaiting my older brother’s arrival, (which was not supposed to be until much later that day, according to the doctor)  my father said my mother began to repeatedly tell him, “He’s coming, I feel him coming” and began to moan in agony. My father, in disbelief, ran to my mother to see if this was indeed happening.  He pulled back the sheet and saw the hair on top of my brother’s head as he was slowly inching out. Panicked, my father ran to get the doctor, who did not believe their baby was arriving so quickly.  The doctor, on a telephone call, looked at my father and said, “no baby is not coming, baby not coming,” completely dismissing him. My father,  shocked, began to shout that my mom started pushing. The doctor looking annoyed, hung up from his telephone call and walked to the labor room. After assessing the situation, the doctor began shouting to the others doctors, “Baby coming, baby coming!”  All area staff began to scurry around the room. My father believes that had the doctor not come at that moment as he’d requested, my father would have had to catch my brother to prevent him from falling on the floor.

For many years,  there were claims that doctors subconsciously ignore the complaints of pregnant African-American women. Some women and even doctors have come out and spoken about this dilemma,“Dr. Raymond Cox, an African-American former OB-GYN said that throughout his career, he has witnessed patients treated differently based on race. Cox asserts, “Doctors tend to spend less time and tend to assume that the black or Latino patient isn’t going to understand what we’re talking about, and as a consequence, have a tendency to make decisions for that patient.”

Wow!  Based on Dr. Raymond Cox’s analysis, many doctors discriminate against minority women due to their assumption of a lack of education in that population, which I believe is extremely sad. As a doctor, one would think it would be important to find a way to thoroughly communicate with their patients even if they cannot comprehend things in the medical field.  It is the doctor’s place to inform them. In a PBS NewsHour interview, Why America’s Black Mothers and Babies Are in a Life-or- Death Crisis, patient Simone Landrum shared her experience with her doctor during her pregnancy.  As her January due date grew closer, Landrum noticed that her hands, her feet and even her face were swollen, and she had to quit her job because she felt so ill. Yet,  her doctor, whom several friends had recommended and who accepted Medicaid, brushed aside her complaints. He recommended Tylenol for the headaches. She asserts, “I am not a person who likes to take medicine, but I was always popping Tylenol,” Landrum said. “When I told him my head still hurts, he said to take more.” Believe it or not, the sad truth is,  many doctors stereotype pregnant black women. The complaints of expectant African-American women go unnoticed because it is viewed as exaggeration. I think it is unbelievable that they feel as though black women are conditioned to feel pain.

Since the beginning of time, black women are  the most unheard. In another PBS NewsHour interview titled, Why are Black Mothers and Infants Far More Likely to Die in U.S. from Pregnancy-Related Causes?,  Linda Villarosa, a contributing writer at The New York Times Magazine, was asked what she felt was the cause of health disparities in black women, she responded saying, “…there is a kind of racism in the healthcare system, and most of it unconscious. It’s a kind of bias that’s existed for a long time that we have known about that is affecting the birth experiences of black women in America.”

Previously, many researchers reasoned that only African-American women who were of a lower financial class and less educated were more at risk during childbirth until Serena Williams, a high profile athlete, spoke about  the complications she had giving birth to her daughter which proved nearly fatal. Serena Williams, a well-connected superstar athlete, saved her own life by speaking up and insisting on receiving needed emergency medical intervention soon after birth.

Preeclampsia, a common and frequently deadly disorder especially among pregnant women of color, is a term that not too many women are familiar with.   According to the MayoClinic.org, it is specifically “ a condition in pregnancy characterized by high blood pressure, sometimes with fluid retention and proteinuria.” It is important for all women to be aware of this condition.  As stated in National Public Radio.org (NPR), “In New York City, for example, black mothers are 12 times more likely to die ( from preeclampsia) than white mothers, according to the most recent data; in 2001-2005.  Researchers say that the widening gap reflects a dramatic improvement for white women, but not for blacks.” My question is,  has there been little to no improvement in the maternal health of black women?

The scariest part about this is that no one knows why exactly the rate is so much higher for black women and quite frankly, I feel as though the people who are not affected by this do not seem to care.  So, it is up to us, the ones who could possibly be in this percentile group, to find out why this is occurring. As reported by Preeclampsia.org, “In the U.S., preeclampsia is one of the four most common reasons for maternal death. On an average, overall, there is approximately 1 maternal death for every 100,000 births, but for African American women, this number triples. African American women are three times more likely to die from preeclampsia and other childbirth-related issues”. The organization further explains that, “When African American women have preeclampsia, its effects are severe and it presents earlier (during pregnancy) than in women of other races.” This epidemic will forever have an impact on all of us,  regardless of how culturally diverse we become because although our future descendants may not ethnically physically resemble us, they will still carry the predisposition.

Researchers examined 85 caucasian women and 78 black women. Thirty-four of the caucasian women and 26 black women had preeclampsia. Blood samples were taken from each woman near delivery time and were tested for biochemical differences. The findings revealed that homocysteine was higher in all the women with pre-eclampsia, but black women with the condition had the highest levels of all (Preeclampsia.org). This finding suggested that black women should take more folic acid because we tend to have low levels of this vitamin.  Eating more green vegetables like spinach could possibly help increase folic acid levels.

This brings me to my last point, which concerns maternal mortality, “In a national study of five medical complications that are common causes of maternal death and injury, black women were two to three times more likely to die than white women who had the same condition.”(Npr.org) The World Health Organization estimates, “The disproportionate toll on African-Americans is the main reason the U.S. maternal mortality rate is so much higher than that of other affluent countries. Black expectant and new mothers in the U.S. die at about the same rate as women in countries such as Mexico and Uzbekistan. according to Linda Villarosa, contributor to the New York Times Magazine,“…simply the experience of living in America as a black woman does something to your body that causes low birth weight babies, that causes maternal mortality, that causes infant mortality.”

Yes, black women are seen as strong mentally, physically, and emotionally because we are able to face the obstacles against us and still walk around proud, heads held high and a smile on our faces because that is just what has been instilled into us.  But, why do many take our strength as not being allowed to feel pain or to have a bad day? In the healthcare system, our cries for help are not seen as such of an urgent matter of concern like other races. We are all women, why can’t we all be treated as equals?